The jury of this 6th Edition of the Skyline Benidorm Film Festival is made up of outstanding professionals from the film sector and will be in charge of awarding the prizes.

The jury may declare any of the prizes void if it deems it appropriate, as well as award second prizes without financial endowment. No person who is an interested party in the production or exhibition of the films on which they must issue their verdict may participate as a jury.

The decisions of the jury will be final.

With a degree in Information Sciences, she began working as an actress with Toni Canet in 1994.

On television, she highlights her role in “El Comisario” on Tele 5 for being the one with the greatest projection with ten years of prime-time broadcast.

In cinema she has worked with Vicente Aranda, J.A. Escrivá, Sergio Cabrera, Miguel Courtois, Carlos Marqués-Marcet or Alex and David Pastor, among others. Her latest works in cinema have been “El desentierro” by N. Ruiperez and “Elsubstituted” by Óscar Aibar.

In 2015 she signed her first short film as a screenwriter and actress: “In self-defense”. In 2017 she writes and directs “No te messes con madre” and in 2018 she directs and co-scripts the 8-episode web-series “Raja-Raja” for which she receives the award for best direction at the online fiction festival. line of Aranjuez “Fictitious”.

She is currently preparing the shooting of a short film that she has written and finalizing the script for her first feature film.

She is Second Vice President of the Valencian Audiovisual Academy. 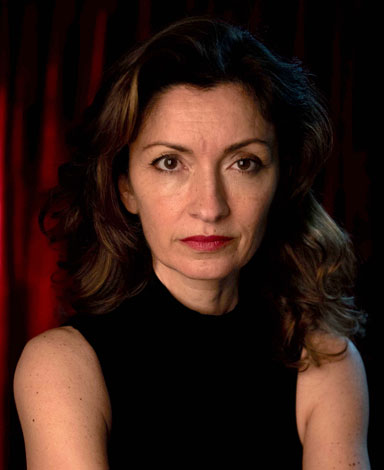 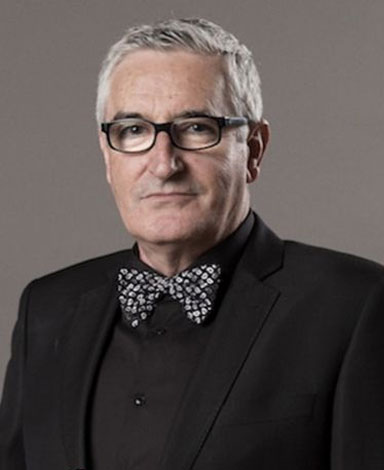 Stage musician, Academic of the Performing Arts of Spain

If something defines Luis Ivars as a composer, it is his eclecticism. Since his beginnings in classical music, his musical experiences have gone through styles such as pop, rock, jazz, funky, electronic or ethnic, in groups such as Mediterráneo, Danza Invisible, Slac Jazz or Boogie Children R&B, before definitively dedicating himself to music. film music. Tabarka, by Domingo Rodes, was his first feature film, which was followed by Tiempos de Azucar, Sagitario, La Dama Boba, Tarancón el Quinto Mandamiento and Capitán Trueno, among other projects, with directors such as Juan Luis Iborra, Vicente Molina Foix, Manuel Iborra, Amer Alwan or Antonio Hernandez. His immersion in the music of antiquity has given sound to numerous archaeological museums such as the Marq (best European museum in 2004) Valltorta (Castellón), Beneficencia (Valencia)… and many others with a more contemporary theme such as Muvim, Mubag or de la Festa , from Alcoi.
He is Honorary President of Musimagen, the Spanish Association of Composers for Audiovisual and has served as president of FFACE (Federation of Film & Audiovisual Composers of Europe) as a member of the board of ECSA (European Composers & Songwriters Alliance).

Goya Award 2014 for the best documentary film for “Las Maestras de la República”. In 2021 he has directed the documentary series “Caminos de la Música” produced by Prensa Ibérica Audiovisual for Orange TV.
With a degree in Information Sciences from the Complutense University of Madrid, she began her professional career in 1993 as part of Canal+’s own production team, where she was producer, screenwriter and director of many titles and formats, receiving many international awards, such as the nomination for an Emmy Award for the documentary “Lorca in New York”.
In 2007 she founded Transit Producciones, making documentaries such as “Murales” with the Joan Miró Foundation, premiered at Tiempo de Historia in Seminci and which represented the Spanish documentary in the “Window to Spain” program in New York. “Las Maestras de la República” premiered internationally in countries such as the USA, China, Mexico, France, Argentina, etc. Her latest documentary feature film, “La Defensa, por la Libertad” has been made in co-production with RTVE in collaboration with the General Council of Spanish Lawyers and premiered in competition at Seminci.
She is a member of the Spanish Film Academy and CIMA. She is a founding member of the Valencian Audiovisual Academy. She is a professor in the Documentary and Transmedia Master at the Carlos III University of Madrid. She has been advisor to the Presidency of the Generalitat Valenciana for audiovisual issues, with the start-up of the new regional television Àpunt and as President of the Board of Directors of the Ciudad de la Luz film studios in Alicante. 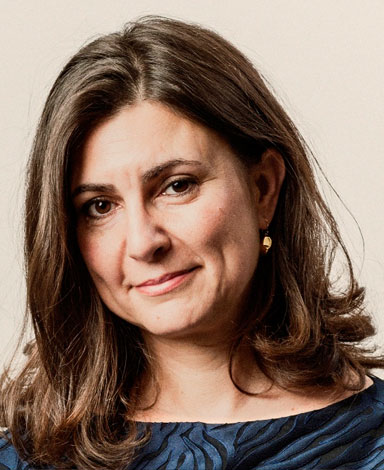 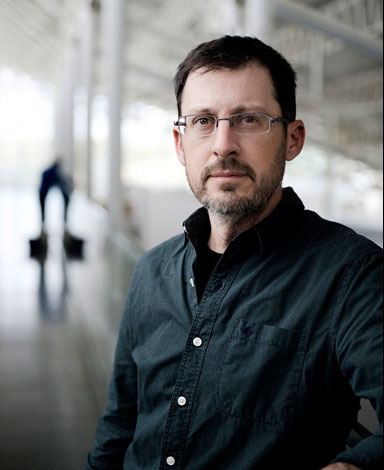 Screenwriter, Member of the Film Academy and the Valencian Audiovisual Academy

Cuéntame script coordinator. Scriptwriter of series such as ‘Love is forever’, The Cathedral of the Sea, Serve and Protect or The Heirs of the Earth, among others.
Screenwriter of the feature films Hijo de Caín y Lucas (Silver Biznaga for Best Film Zonazine in Malaga), and director of the feature film Jefe (Goya nominee for Best Adapted Screenplay).
Screenwriter of a short film nominated for an Oscar (Eremos Few) and of three short films nominated for a Goya (El Encargado, Lucas and Yalla).
Professor of scriptwriting at the ECAM in Madrid, in the Master’s Degree in Screenwriting at the Pontifical University of Salamanca and in the Master’s Degree in Screenplay Mediapro/Universidad Complutense de Madrid.
Member of the Film Academy and the Valencian Audiovisual Academy.

‘Magic Thought’, her second short film as director, was one of the projects selected by the Cannes festival for the first edition of Focus Script, winner of the award for Best Project Script at Skyline Benidorm and Movistar+ Short Project at the Gijón International Film Festival, where it will have its Spanish premiere in November 2022. ‘Magic Thought’ is also an excerpt from his first feature film in development, ‘Casa de Fieras’, selected in the IV edition of La Incubadora , TheScreen ECAM. 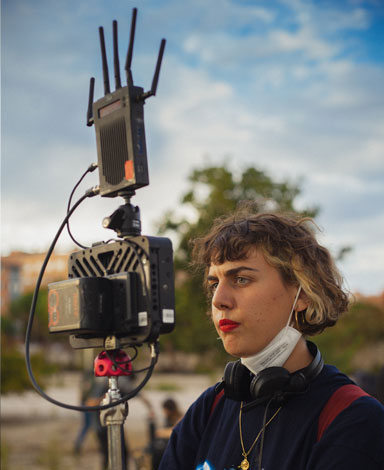 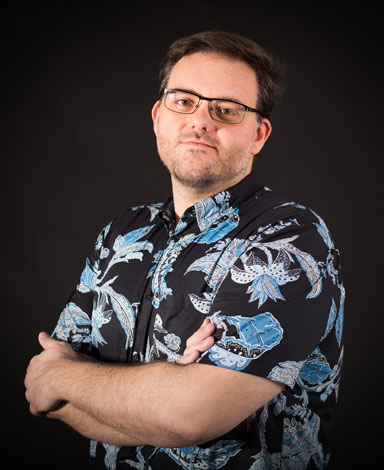 An illustrator by profession, he survives between his two passions, cinema and drawing, since he can remember. He is also the director of one of the most consolidated fantastic genre festivals in our country, Acocollona’t: Girona Fantasy and Horror Film Week.

His career as a screenwriter and director is:

Filmmaker, screenwriter and director of the FCM-PNR Madrid Film Festival

La Roda, Albacete, 1985. Degree in Audiovisual Communication from the USP-CEU in Madrid; CSU Marketing, Communication and Event Management by the UCM. Member of the Spanish Film Academy. She studied scriptwriting at the International Film and Television School of San Antonio de los Baños, Cuba. As a result of this trip, the documentary “A Same Son, Habaneros and Cadiz” was born, 2009, which she co-directed with Ana García. In addition, she wrote and directed the documentary “One Day In Les Roquettes”, 2010. As a screenwriter and director, in 2016 she premiered the short film “Lamento de Acantilado” with a Special Mention in the Cambio y Corto Contest in Madrid and Official Section in various festivals. In 2017 she “TW. For Today’s People”, Award for Best Performance in a National Short Film and PNR Partner ex-aequo (María Reyes Arias) at the 26th FCM-PNR Madrid Film Festival and Official Section at various festivals. In 2020 she writes and directs the short film “La luz de la Esperanza” and in 2021 “El gift de David”, both works with the executive production of the PideTaxi brand.

In recent years she has also produced, written and directed several video clips and advertising pieces. He has been a member of the jury at numerous national and international festivals and laboratories and her restless and multidisciplinary nature has led him to combine his working life in different media, communication offices and agencies, specializing in communication and marketing management.
She is currently immersed in the reproduction of various film projects, she is the director of the FCM-PNR Madrid Film Festival. She has been part of the Board of Directors of the New Filmmakers Platform for five years and has been president of said Association until February 2022. In 2019 she premiered as executive producer of the short film “Fronteras” by Violeta Barca-Fontana. She also highlights her work as a costume designer on the short films. Her work in the costume, makeup and hairdressing departments in the Hispanic-Mexican feature film “Pozoamargo” by Enrique Rivero, 2017, helped her to be a finalist in the 31st edition of the Goya Awards 2017. 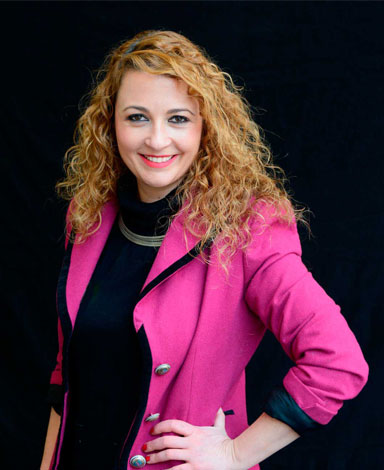 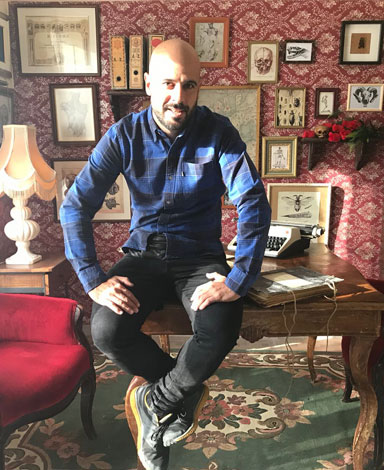 ISMAEL OLIVARES (Albacete, 11/22/1983) From a very young age he began to feel strong emotions for the cinematographic world, specifically towards the horror and drama genre, but it was not until his university years, specifically in Granada and Florence (Italy). , where he is pushed to tell his stories. In 2008 he founded Prosonarte, an audiovisual production company. In his desire to publicize the Tamborada de Hellín (Albacete), a family town, and after more than 3 years of hard work, Silencio was born, his first documentary feature film, premiering at Callao Cinemas in 2013. After the success of Silencio, Olivares makes many spots and video clips (The Niftys, Rafa Blas, Honky Tonky Sánchez). His first short film, SANTA, came in 2016 with which he has achieved more than 30 international selections. In 2019, his most intimate short film, La Llorona, starring Chanel Terrero and Miguel Ángel Puro, was released, which won 4 international awards, including Best Short Film from Castilla la Mancha at Abycine and Best International Short Film at the Santo Domingo Film Festival. Sunday. Also, as a producer, he reaches 450 nominations worldwide, placing Prosonarte as a reference in the production of short films. Today, Prosonarte belongs to the company Prosonarte Corporación SL, where Olivares is CEO of the company. At Fitur 2021, he won the First Prize for Best Video of the fair for his spot “Making Of Castilla La Mancha”. Ismael Olivares is currently writing his first feature film.

In addition to being an entrepreneur, she is an actress and psychologist/communicator with more than 6 years of experience in the audiovisual sector and theater projects.

She directs and presents the VE_Cinema project; community of audiovisual artists in the Valencian Community in which, in addition to being a dynamizer, she presents and moderates film and short film colloquiums.

She is currently also venturing into the world of broadcasting, carrying out a program on Culture and Cinema on the Radio.

Vicky combines her work as an actress in Theater, cinema and Advertising with her other projects between Valencia (her hometown) and Madrid (her host city). Her virtue is communication, dedication and good humor. She made her directorial debut with her short film “Clóchinas” in 2020 with which she participated in the Notodofilmfest. 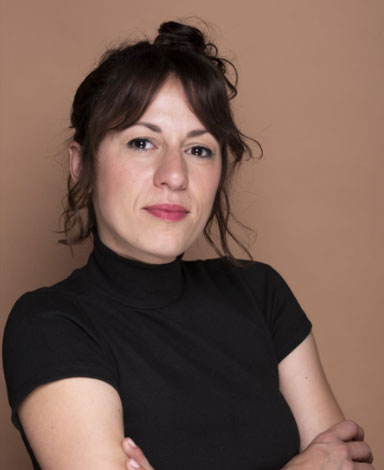